THE LIMERICK TOUR: That time Limerick became a Soviet State for a fortnight!

On our tour of Limerick city you will hear all about one of the more bizarre chapters in our history is that of a period of about two weeks back in the year 1919, when Limerick became its very own soviet state.

The year 1919 – the first World war had just ended and political tensions were high in Ireland. A popular Limerick trade union activist known as Robert 'Bobby' Byrne was arrested and sentenced to one year in prison with added hard labour. While in prison, Byrne became active in campaigning for better treatment of political prisoners, this eventually escalated into acts of civil disobedience and resulted in Byrne taking part in a hunger strike. After three weeks of starvation Byrne was admitted to hospital under armed guard. It was at this point that his Sinn Fein cohorts staged a rescue attempt. A gun fight ensued and Byrne was shot dead, along with one of the policemen guarding him.

His funeral was a tense affair, indicative of the unrest in Ireland at that time. 15,000 people turned up to pay their respects, and the British government became justifiably concerned about an uprising. As a preventative measure, martial law was introduced to Limerick. This resulted in very tight restrictions on getting in and out of the city – with strict curfews and permits being enforced. The army were given the power to seize vehicles and could disperse gatherings at will. The people of Limerick became increasingly frustrated by the harsh conditions of marshal law, so gathered together with the various trade and labour councils to plan a general strike. They announced their plans on posters that were distributed all over the city. It is said that almost every working man in the city went on strike – pubs, hotels, restaurants all shut their doors.

Limerick declared itself a new 'Soviet', and took inspiration from the Socialist policies of the Soviet Union. A new currency was printed and distributed around the city. By complete coincidence, a large contingent of international journalists had come to limerick to document the attempt of an English Major who was attempting to stage the first transatlantic flight, which would depart from Limerick. Not only did the Major not make it to the US, he didnt even make it to Limerick! His plane broke down coming across the Irish channel – he luckily survived the crash. Having being left empty handed of a story, the group of international journalists now turned their attention to the strange goings-on in Limerick. They covered the events to the very last detail, and were single handedly responsible for the story reaching worldwide attention. The British government who were growing increasingly embarrassed by the media attention, pressured the Catholic church to intervene, and the bishop of Limerick setup talks between the mayor of Limerick and the heads of the workers parties. Within the city people were growing hungry and desperate, as the scale of the strike meant it was very difficult to obtain food. The workers parties crumbed under this pressure and alas, after just two weeks the strike was brought to a finish and the Limerick soviet dissolved! It was not lost without a result though, as marshal law was lifted soon after and life would return to somewhat normal pace again in Limerick... for the time being. 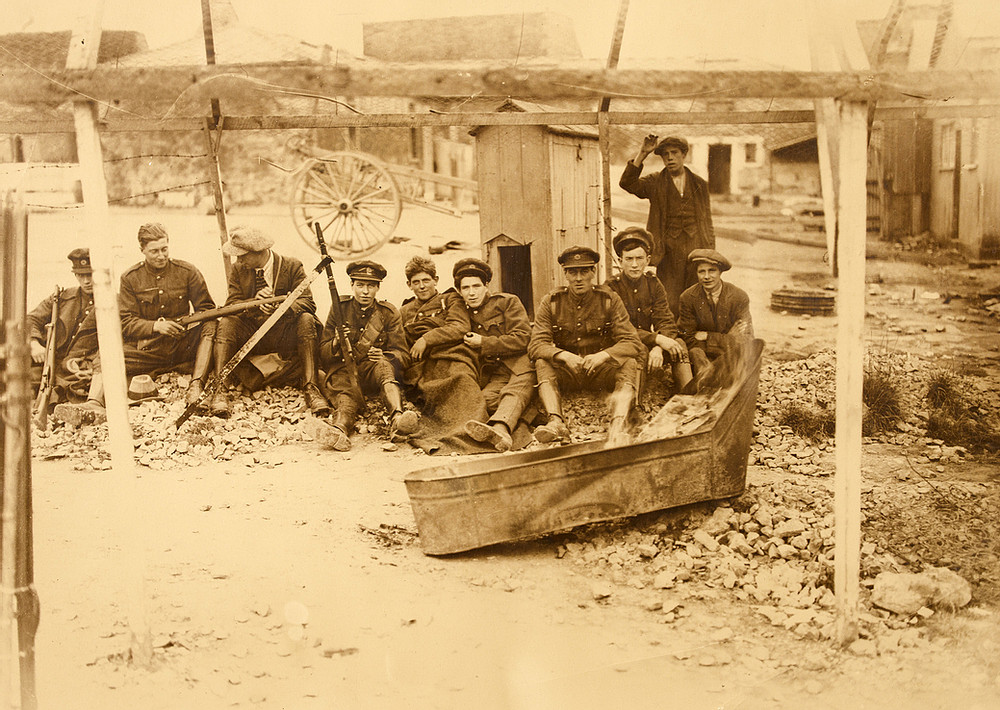