THE LIMERICK TOUR: Drunken Thady and the Bishop's Lady

The tale of Drunken Thady is perhaps one of our best known ghost stories, and no tour of Limerick city is complete without a visit to the bridge where it all seemingly took place. It tells the story of a vagrant named Thady who roamed the streets of Limericks medieval quarter some time in the 1800's. Thady was fond of a drink and was no stranger to petty crime. The townspeople would lock their doors when Thady was around as he was not to be trusted. As legend would have it, Thady was staggering home late one Winters night after an evening spent drinking and fighting in the taverns of Limerick when he was set upon by a ghost. The people of Limerick were well aware of the tales of a wicked banshee that roamed around the area of King Johns Castle and Thomond Bridge. She was the wife of a former Bishop of Limerick and had been murdered in the palace that sits adjacent to the castle. It was believed that due to her violent end, she haunted the streets of Limerick and terrorised its people. As the demonic ghost ascended from beneath the bridge and wrapped her hands around his throat, Thady gasped in terror. The ghost lifted him off the ground and before he knew it he was falling into the icy waters of the river Shannon beneath the bridge. The freezing current carried him down river quickly. As he gasped at the air with his last breath, he called to the heavens for mercy. Pleading with his maker to offer him just one more chance, and in exchange for his life he would abandon his divilment and drinking and instead pledge his life to doing good. Someone or something may have heard his plea's, because at that moment his drowning hands grasped a solid object that was buoyant in the water. Thady managed to pull himself on to a small rowing boat that had been moored in the river. Alas Thady received his miracle, and remained true to his word. The people of Limerick from that day on knew a different man who dedicated his life to good. But never again did he walk across Thomond Bridge after dark. 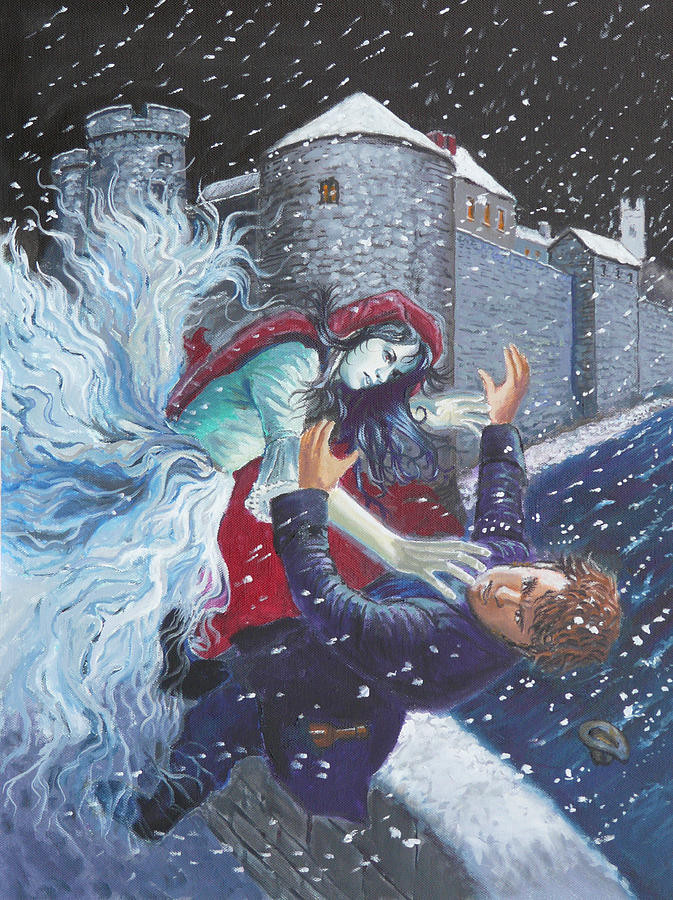